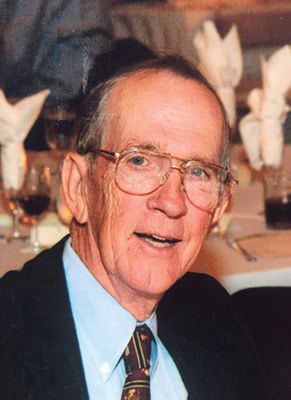 Dub Sims, of Burleson, Texas, passed away at the age of 81 on

Dub was a graduate of Paint Creek High School, Haskell, TX and

He was a Vo-Ag teacher at Eastland and Throckmorton High

schools, and then was a County Extension Agent in Midland and Nolan

Counties. In 1975, he accepted a position with the Ft Worth National

Bank in the Farm & Ranch Trust Department. Dub retired in 2004,

after nearly 30 years in the Farm and Ranch Trust Department.

Dub was preceded in death by his parents and both of his brothers Frank and Ray Sims.

Brian Sims of Corinth, Tx, their spouses, and four grandchildren.

Memorial contributions are encouraged to made to the Texas 4-H Foundation.

A Tree to Remember

Voss and Hodges Speak to Woodson A & P Class