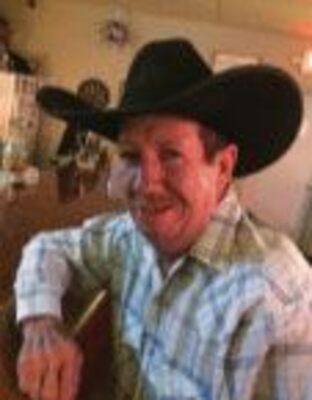 Dale Thurman Deaton, Sr., 66, of Woodson, passed away surrounded by loved ones on July 17, 2022, at his residence. Cremation is being conducted under the direction of the Melton Kitchens Funeral Home staff, and the family will be having a memorial service at a later date. Dale was born to Glen and Juanita Deaton in Breckenridge, Texas, on September 10, 1955. At the age of 17 years of age, he joined the army and served his country until his honorable discharge. Dale wore many hats throughout his life, cowboy, oilfield, welder, and ag construction. The one that he loved the most was working as a cowboy on numerous ranches. Dale was a member of the local VFW and the American Legion. He loved to cook at the VFW and hang out with his friends and family.

Dale was fondly referred to as “Littlebit” by those who knew him as a child. Dale will be missed by his family and friends. Dale is survived by his son, Dale, Jr. and wife Resa of Woodson, daughter, Elaine Gober and husband Travis of Woodson, sister, Lecia Campbell and husband Larry of Springtown, brother, Robert Deaton of Abilene, and numerous grandchildren; Braidi, Stetson, Cat, Myka, Chasin, and Kylie. Dale’s first great- grandchild is on the way! He was proceeded in death by his parents, Glen and Juanita Deaton, and his brother, John C. Deaton. A memorial can be made to the Solaris Hospice of Breckenridge and may be left at the funeral home office. Condolences may be left at meltonkitchens.com The family invites friends to join them in Dale’s Celebration of Life Luncheon. It will be Saturday, July 23, 2022, at 12 PM, at the Breckenridge VFW.

What a week at Woodson!